welcome to don't think twice
A new Pokemon Mystery Dungeon themed roleplay set in a mystical world where Pokemon civilization has reached the point of expansive kingdoms and technological advances based on the magical powers of psychic types, Don't Think Twice aims to bring a world building experience to the members while also keeping the key elements of a Mystery Dungeon roleplay. Join us as we grow and expand, with new systems directly influenced by our member base, and the ever-growing lore dictated by the actions of those residing in the land of Niphios.
premade theme eloquence
Eloquence is a Proboards v5 free premade theme, designed by punki of Adoxography and Pixel Perfect. This theme is best optimized for Mozilla Firefox. Free-to-use photos by various artists of Unsplash. Forum icons by Font Awesome.
don't think twice
DON'T THINK TWICE is the product of the mind of PUTTY; all contents are copyright their original owners. All characters belong to their original creators, and may not be used or replicated without permission. All images are copyright their original owners.
a pokemon mystery dungeon roleplay
don't think twice
about staff awards navigation credit 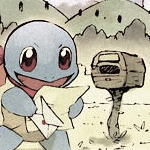 The flowers are blooming, Combee are buzzing in the fields, and clouds on the horizon promise plenty of rain to come! Spring in Niphios of quite mild, with cooler mornings that warm up in the afternoon lest it rains. Don't get caught in the occasional storm that rolls through!
reply to thread